Looking for spares and repairs took us to a town called Grants pass. Between avoiding drug dealers and eating cheap sushi, I really grew fond of this place. 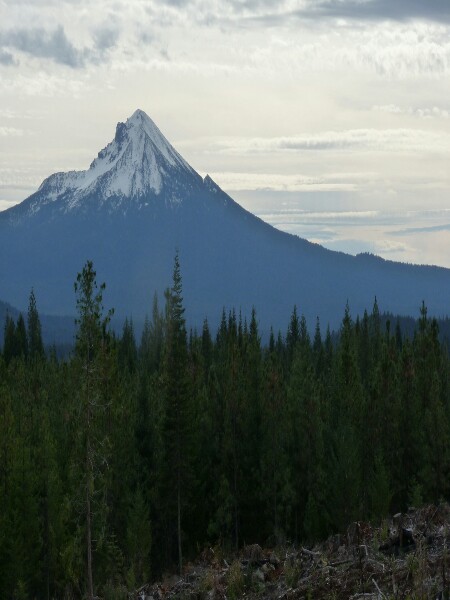 We started our bikes on this beautiful Sunday morning, we agreed that we do just a short ride to Medford, find a motel and the pieces we need.

We were there in no time. Actually lunch time. Sat down in this old school diner and ordered a burger. The whole place was like out of a movie. I was just waiting for Honey Bunny to stand up and pull her gun out. The food was delicious and the coffee was flowing, we did some research on the internet and soon found out that all the motorcycle shops are closed on Sunday AND Monday. So we started looking for alternatives close by and found a couple of shops that should be open not too far away, in Grants pass.

We roll out of town and in about an hour we get there. Tiny little town with five motorcycle shops. I like it already. Go to a Motel 8 and try to relax. Nice motel, but in a really dodgy area. Lots of weird people, drug dealers etc. When we arrived there were two police cars in front, taking some people in … Next day was gear hunting day.

I was looking for a jacket that Dane kindly offered to replace after the crash and in the mean time we were asking for a place where we could use their workshop. It was bad luck till we pulled in front of LMS motorsports. We went in, see that they have no gear, but just before we leave I give it a shot and ask about us using the shop. I had a fork seal leaking for days and it started to be annoying.

The young man at the counter, Lance, had to call the boss and ask him. Jeff, the boss comes out and after a short talk he agrees that we can do it. Straight away! As I’m getting my hands greasy, Dane goes to grab some beer, but before that he asks Jeff what beer he likes. “Jager bombs,” he said with his deep, loud voice. “It’s gonna lower your rent,” he added.

My forks are almost done when the first bomb came. By the time I was putting the front wheel up I think I had three. Bike fixed, so we start chatting and more bombs and beer and more. We get to hear a lot of cool stories about the rides around, former and current racing and so on. We leave the bike secure in the garage and go to the local bikers bar. After that it was a long, fun night, meeting waitresses and a lot of interesting characters. So we stay for an extra day and fix Danes headlight and all. Well, almost all.